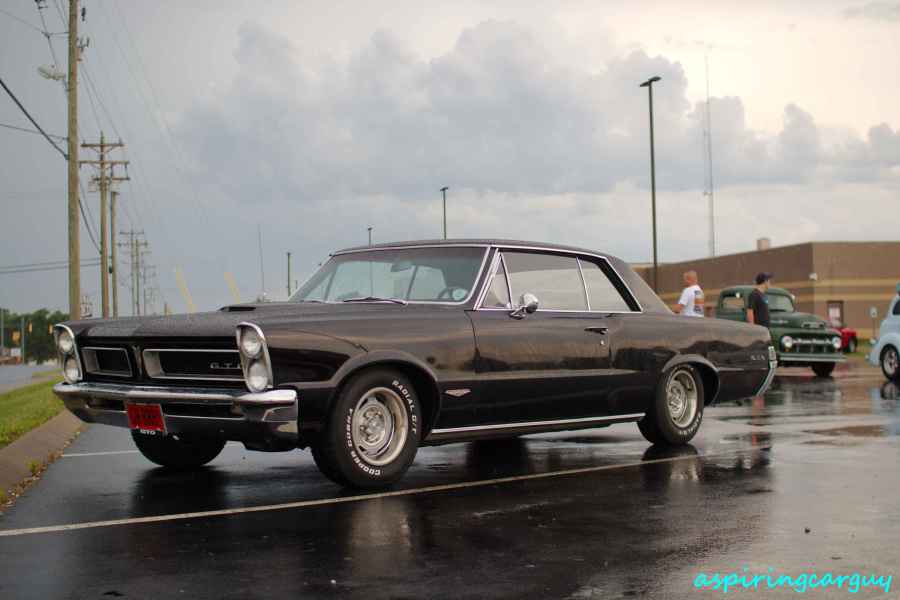 Don’t you know all those miles will ruin the value of that car? Doesn’t it break down all the time? Aren’t you afraid of some idiot running into you? You are going to ruin the paint from driving it so much!

Enough. No more excuses. Classic cars are cars. Cars exist to be driven. So drive them. You ask, “What happens when you treat a classic car… like a car?” It behaves… like a car. Sure, the gas mileage may be abysmal at best, but by and large classic cars prefer to be driven. Any classic car owner knows that cars are just as likely – if not more likely – to break while sitting still. If the car is “motorvatin”, as the late, great Chuck Berry said, you generally know when something screws up and have some idea of what it is. How would you know the clutch is slipping if the car isn’t moving? Granted, a clutch won’t slip if you don’t drive the car; it’ll seize instead. Perhaps the most common part of a car to have issues while sitting are the rubber components. In the words of Jerry Seinfeld, “You must exercise the gaskets!”

Aside from mechanical failures cars experience while sitting, there are more negatives to not driving your classic. It’s a common statement among older generations that “kids these days don’t care about old cars.” While there is some truth to that, most people say this at a show they hauled their six-figure restoration to in an enclosed trailer, hiding the gem of an automobile from the world. How are today’s youth supposed to enjoy and appreciate cars if they can’t see them or hear the rumble of a vintage carbureted engine? I understand the desire to protect your investment, but there are few things that can happen to a car driving under its own power that cannot also happen to it while on a trailer. One argument worth mentioning is the argument that people will not respect the car and allow their kids to put their grimy little hands on it, or they will touch it themselves. There is no excuse for this and it comes down to poor parenting, but that’s not the point of this article. I will take this opportunity to say one thing related to this, however. Leave your pets at home. There is no reason to bring your dog to a car show. None.

Many car enthusiasts have one defining moment they can point to that solidified their love for one car, or cars in general. For most of these people, they saw their Eleanor – their unicorn – on the road. Imagine this: It’s 1965. You enjoy seeing Chevelles, GTOs, and Mustangs at the local dealerships and the coolest seniors at your high school are all terrorizing the street and strip every Friday night with hopped-up 327s and 389s. Those are great, but one Saturday evening you’re sitting at the dairy dip when a familiar shape pulls in. You can tell it’s a Corvette. Split windows are cool, but word on the street says Chevrolet unleashed something special. A friend walks in, and you hear the rumble from outside before the door closes behind him. It’s an unfamiliar sound. Other eyes in the dining room gaze into the parking lot as the headlights flip closed. A quick stab at the throttle announces to the few not already staring that there’s a new big dog in town. It’s a big block, four-speed, ‘Vette with side pipes. This is your moment. You will own one of these somehow, somewhere, someway.

Now imagine an impressionable youth in the late 90’s. Performance is back in American cars, but still not what it used to be. The LS engine burst onto the scene, finally bringing Corvettes and Camaros back to respectable horsepower numbers. But the style and sound aren’t there. You go through school thinking cars are alright, move off to college, and come home one summer to see the house on the corner is for sale. Your neighbor’s enclosed trailer is in the driveway with the loading door open and the detached garage out back has its doors open for the first time in your memory. You watch the movers push a striking Corvette out of the garage and onto the trailer. You never knew your neighbor owned anything interesting, because he always quietly loaded the car onto that trailer and whisked it away to only the best car shows. If your neighbor simply drove past your house a few times in that wonderful machine, maybe you would appreciate cars more. Maybe you would want to own one like it.

Many people achieved their goal of owning a mid-year Corvette or another aspirational vehicle of yesteryear. Sadly for many younger would-be enthusiasts, people buy these cars, trailer them, and hide them in a garage. Simply put, driving your classic inspires people. People that don’t even like cars stop and stare as a vintage machine rumbles by. Those who know what they are looking at smile and wave out of respect.

In my personal experience, there are only positive outcomes when you drive your classic. I put about 3,000 miles on my 1965 Pontiac GTO this summer and had a blast doing it. It received a full tune-up before the driving season began, but that was all routine maintenance and needed anyway. Through the course of driving this year, nothing happened to the car requiring additional money to be spent on it. That doesn’t mean nothing happened at all, as I dealt with a loose flywheel shroud, horn button falling off, and a leaking oil pressure gauge. Compared to the transmission leaks, sagging suspension, and dry rotted brake lines my car suffered in the years prior to my owning it, these were minor issues. Some of those 3,000 miles my car racked up included conquering Hot Rod Power Tour, a 1,200-mile road trip that traveled through the southeast in mid June, plus an eight-hour drive home from Charlotte at the end of it. Through that, my car required no money to be spent on anything other than obscene amounts of 93 octane and a quart of 10W-30 that leaked out of the engine. If I fixed the leak that existed when I acquired the car, it wouldn’t even have needed the oil.

In case you think my car was a fluke, my friend made the same journey in a ‘65 Malibu with no issues whatsoever. His car is modernized with a 700R4 overdrive transmission, Holley Sniper EFI, aluminum radiator, electric fans, and air conditioning. Mine is bone stock, two-speed Super Turbine 300 two-speed transmission and all. Literally thousands of other cars in various levels of restoration and modification made the journey as well. Some cars ran into issues on Power Tour – some catastrophic – but these cars went down swinging and most got back up again. I made another 200-mile journey in early August to Ardmore, TN for a car show, and again my car and my friend’s Malibu handled it without issue.

There are some cars that are irreplaceable, and I understand apprehension to driving them. Still, I argue that there is no way to completely protect your classic car from harm. It seems that at least once a year a there’s a headline about some car or collection of cars burning while in storage. Sure, you hear about multi-million-dollar Ferraris crashing in vintage races as well, but I guarantee you I know which owner feels worse about writing off his or her prized machine. If you own a classic car, something will break. It’s inevitable. So why not enjoy driving it in the meantime?