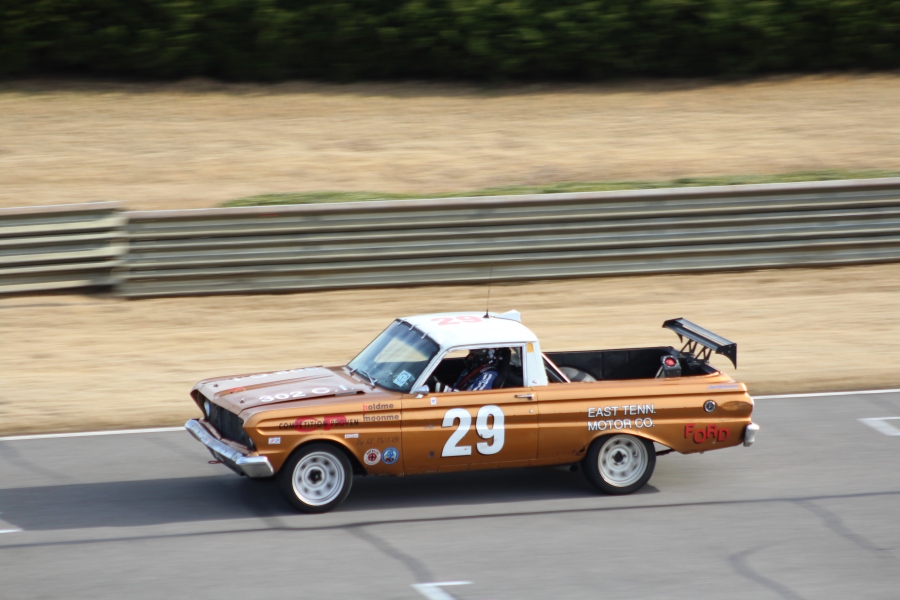 I turned into the entrance road to Barber Motorsports Park not really knowing what to expect from my first experience with Lemons Racing. I parked and walked up to the ticket window after gawking at a Porsche 911 GT3RS that was idling driverless in the middle of the road. After telling the man I thought was driving the C7 Z06 that pulled in behind me that he had a nice car (he was actually driving a Tahoe), I drove around the compact road course to the designated parking lot. It took a while for me to realize it, but it turns out Lemons isn’t a lot of people racing on a budget. It’s mostly people who have enough money to race regularly who are just out to have a good time in bad cars.

Not what I expected to see at Lemons. 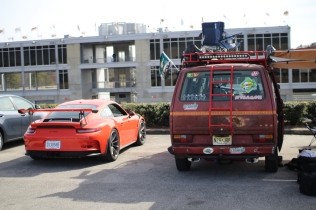 Hard to believe these vehicles were made by the same company.

In the limited time I was at Lemons (I spent about three hours there on Saturday afternoon), I learned some keys to success and some other irrelevant information. The first thing I learned is that the famous $500 rule is more of a suggestion. I saw a highly customized AMC AMX, a Porsche 911, and a Porsche 928 hustling through the tight corners of Barber. Granted, this was Lemons and they could have been bizarre rebodies or salvage-titled cars, but I find it hard to believe any 911 can be bought for Yugo money. Also, the AMC broke not long after I got there, so maybe it only looked nice. 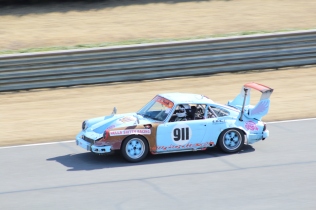 In addition to relearning that rules are made to be broken, I learned that BMWs are common if not dominant in crap can enduro racing. At any one point in time a Bimmer could be seen in about half the positions on the leaderboard. The most amazing car I saw was the number 37 Cadillac Seville. It was the ugliest vehicle I have ever seen on a racetrack, but it drove and sounded more like a new CTS-V than a malaise-era reject. I’d love to know the story behind it, because it was in the top ten most of the time I was there and was third when I left. I highly doubt it retains the factory front-wheel drive and I suspect it could be Cadillac body panels concealing something much more nimble. Regardless of what it really was, it looked like your grandmother’s Caddy sat a few decades, these guys dragged it out of her carport, torched the springs, and hammered down the front straight at Barber Motorsports Park.

Among a field of mostly German and Japanese cars, I gravitated toward the weird, rusty, American classics. One of which was a mid-60’s Ford Ranchero with a bright gold and white paint job and a spoiler put in the rear of the bed. The little coupe utility vehicle (the official term for Rancheros and El Caminos) was decently fast in in the long straights, but unsurprisingly lagged a bit around corners. Another piece of “patina’d” Americana that really tugged at my heart was a ’64 Plymouth Valiant. It’s not much of a stretch to assume the number (225) came from the displacement of the engine. Many of the venerable Mopar Slant Sixes were of the 225 cubic inch variety. Anyway, that little A Body chugged away lap after lap, no matter how slowly. If you’re wondering why I’m so interested in this little tin can, it’s because my family used to own a ’66 Valiant convertible with a 273 V8. That’s a story for another time.

A couple other cars that stood out to me were the Cadillac I mentioned already, a Datsun Z car (I’m horrible at telling them apart so I’m just not going to try), a Mk III Supra, a 240sx with a sense of humor, and what I think is an early 90’s Honda with an airplane wing on the roof. There were of course countless other hoopties struggling around the course, a full gallery of which can be found here.